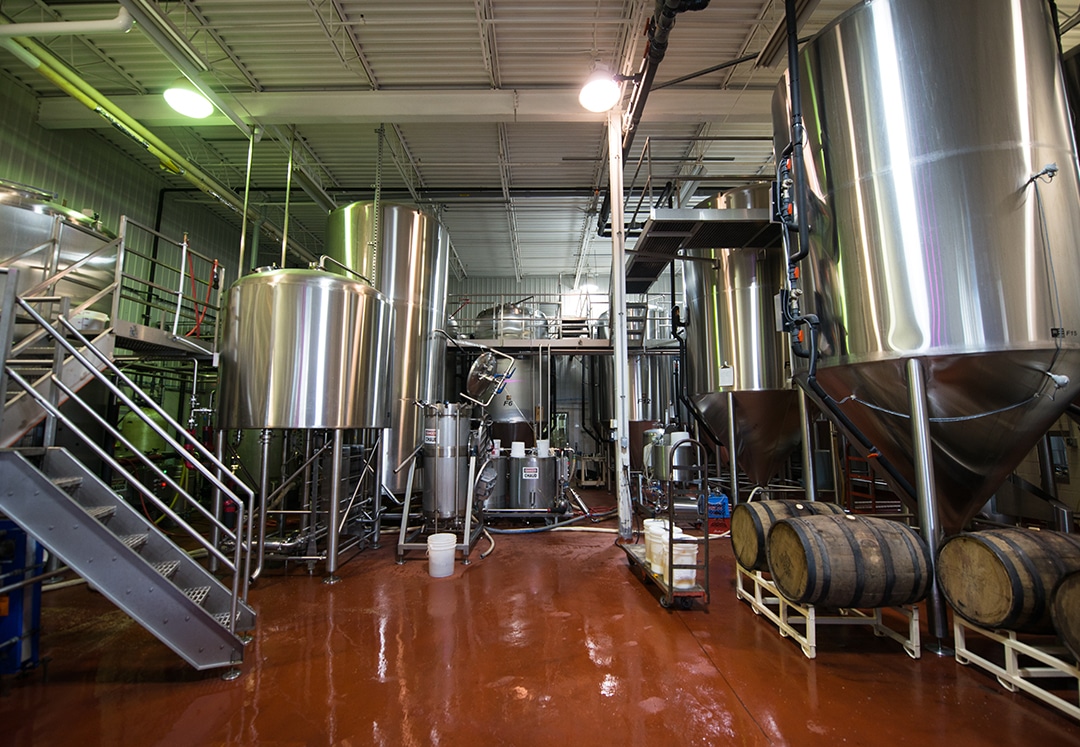 Our goal is create bold, exciting beers. Dieu Du Ciel! endlessly seeks to question, experiment and evolve on all levels.

We like to take a very human approach to our work - to value people and to let them shine though their work with us.

We are non-conformists, we seek to honour our values and let them guide our decisions, as we have done since the beginning.

Enlivened by a sense of freedom, Dieu Du Ciel! is at it’s best when it dares create and innovate without restraint.

After - and perhaps despite - many years of success, we wish to remain focussed on our ideas, convictions, and the path ahead. To continue to prioritise excellence and honesty throughout our collective operations. To avoid the pitfalls and dishonest practices of our industry, and to treat our employees and customers as fairly as we can.

We are always striving to improve, a never-ending pursuit of excellence in our products, our services, and our relationships.

Dieu Du Ciel! favours collaboration as a wonderful means of continued education and creativity. It permits an exchange of ideas, reinforces a sense of belonging and contribution throughout, and generates lively relationships between us all. 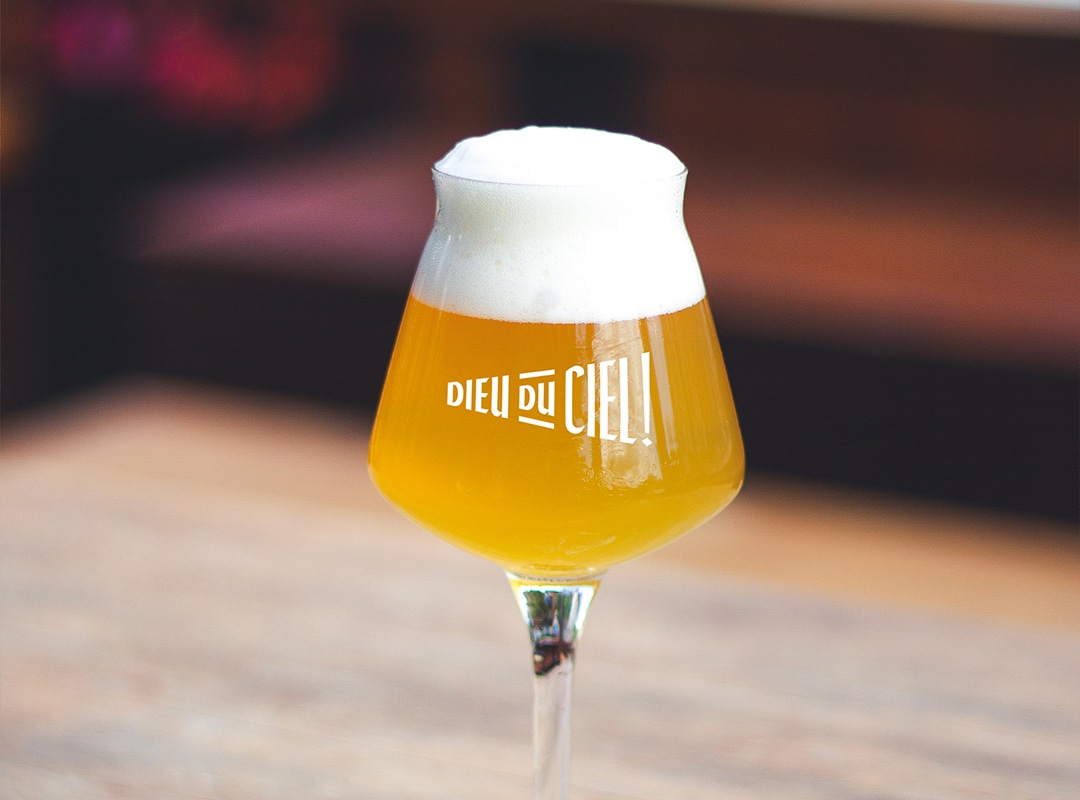 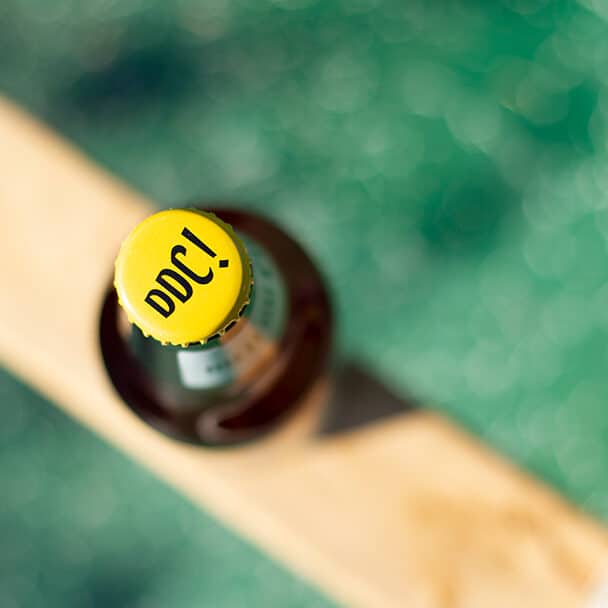 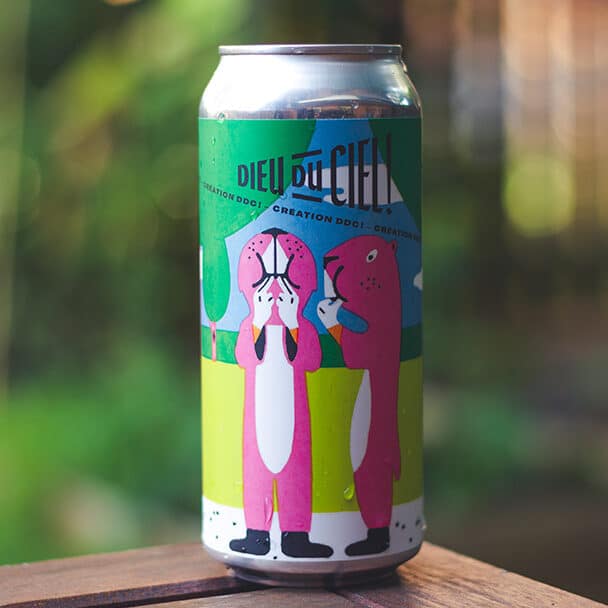 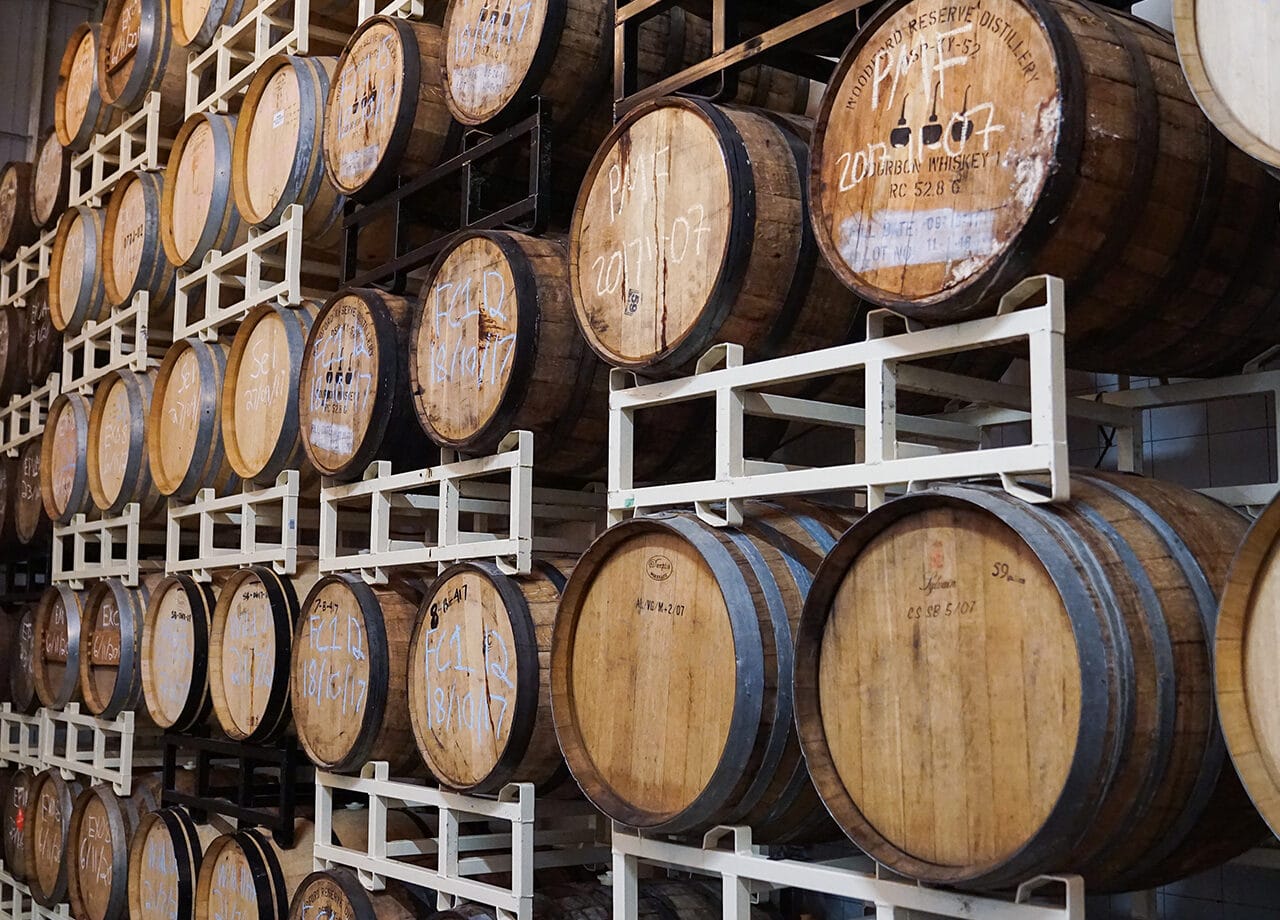 Respect, communication, initiative and passion are essential qualities in all aspects of our business.

Our employees are the drivers of our success, and it is through collaboration that we are able to continue do innovate and propel Dieu Du Ciel! into the future.

We seek to cultivate a stimulating work environment, to value unconventional thinking, and to build a team as unique as our beers. 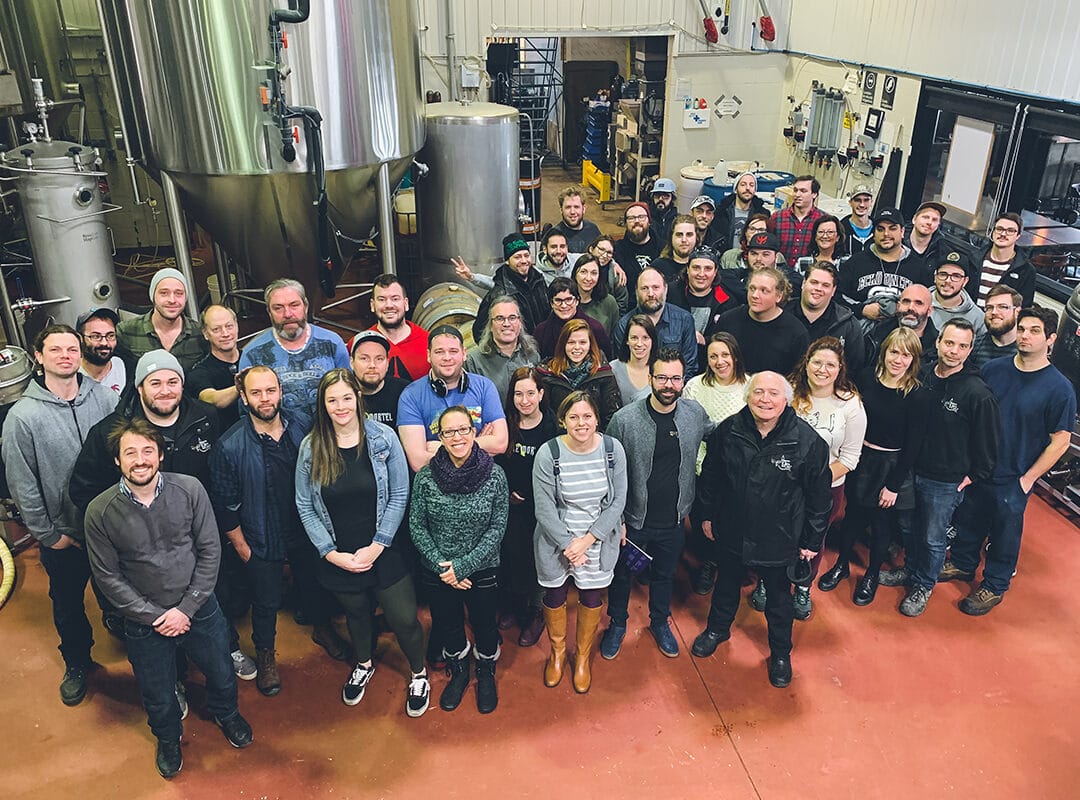 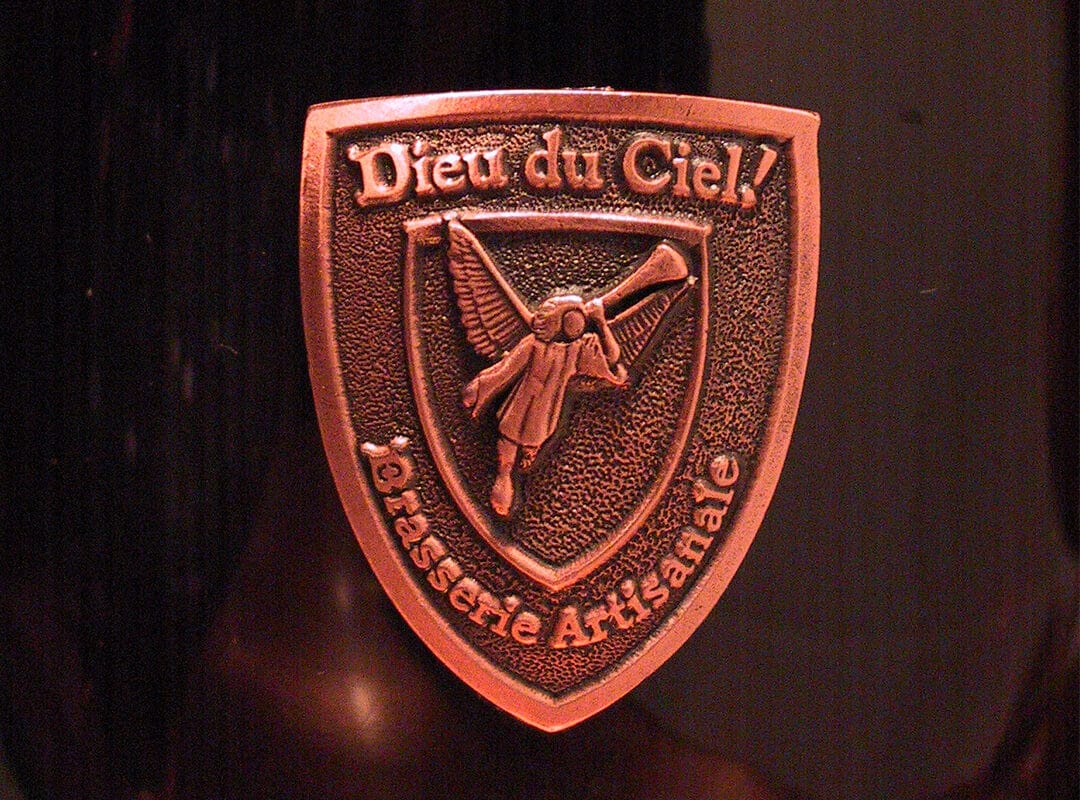 It all began in 1991, when Jean Francois Gravel begins experimenting as a home brewer. He becomes quickly enamoured by the craft, and decides to pursue a career making craft beer. 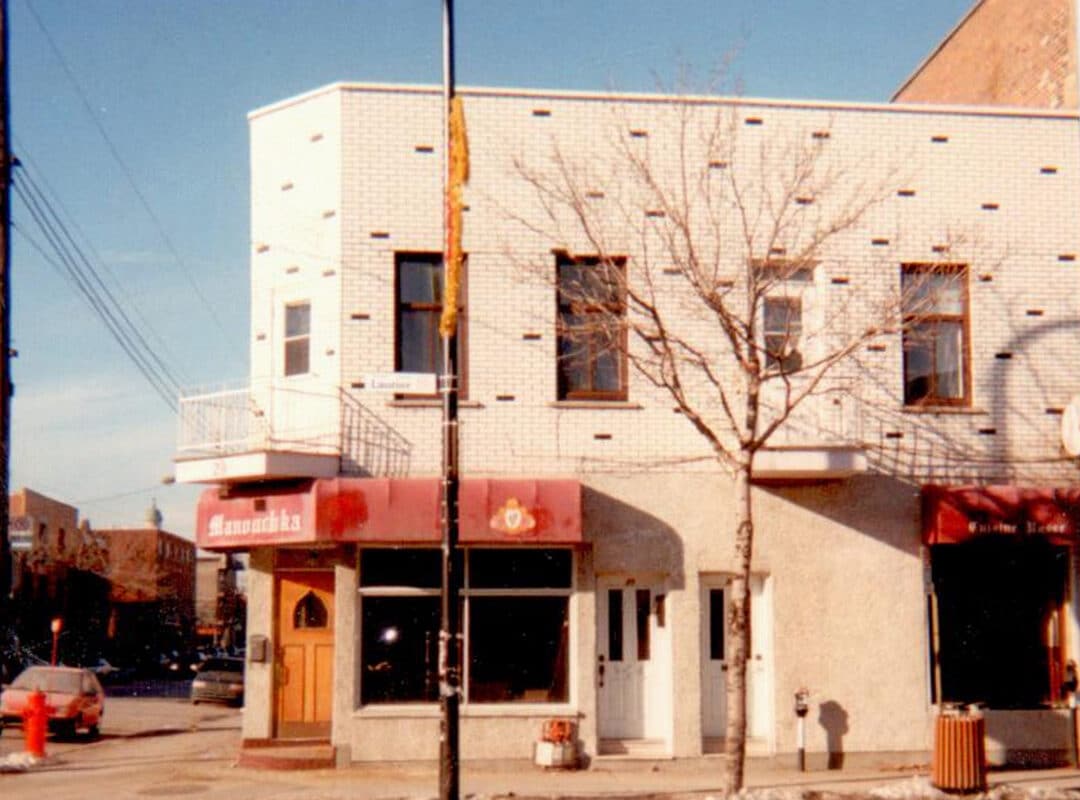 While studying biology, he meets Stephane Ostiguy during an internship at the Armand-Frappier institute, who was at the time completing a Master’s degree in microbiology. Along with a third partner who has since left the company, they decide to open a brewpub: Dieu Du Ciel!. After a very long search, they finally happen upon the space at 29 Laurier Ouest. The partners work tirelessly for eleven months preparing the brewery for the grand opening. Walls are taken down, part of the floor is demolished and a basement is dug out by hand in order to assemble the brewery. 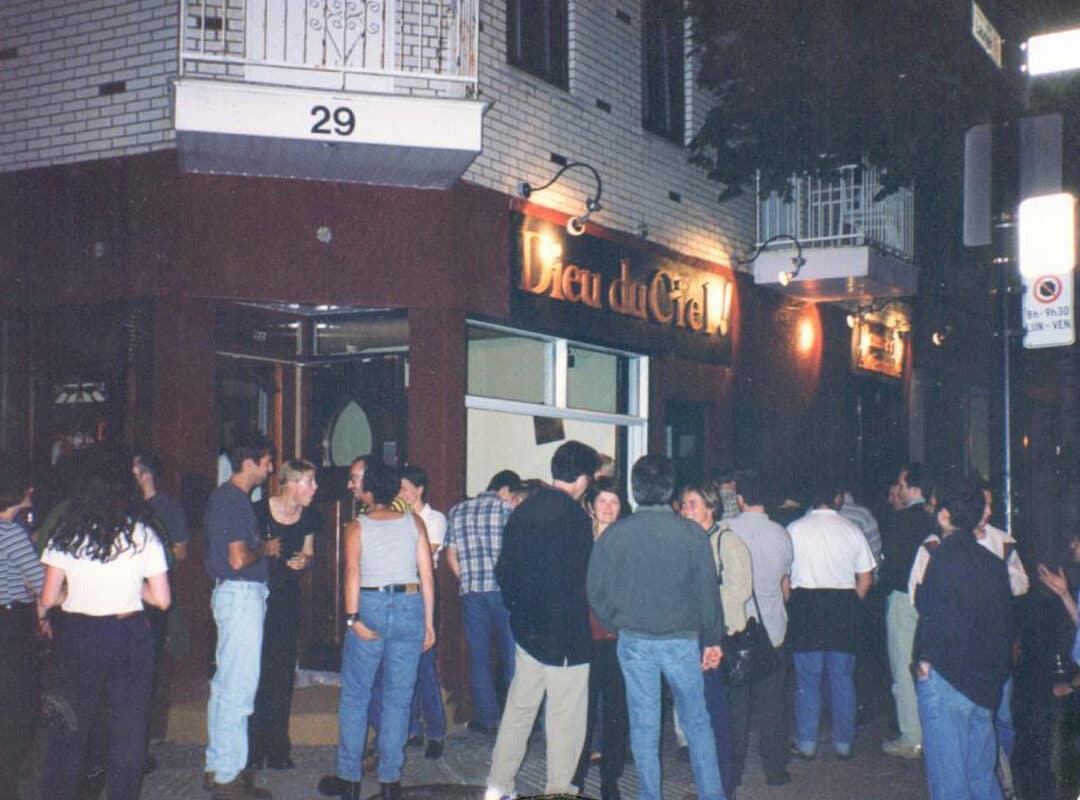 On September 11th 1998, Dieu Du Ciel! finally opens its doors to customers, with more than 300 people in attendance. 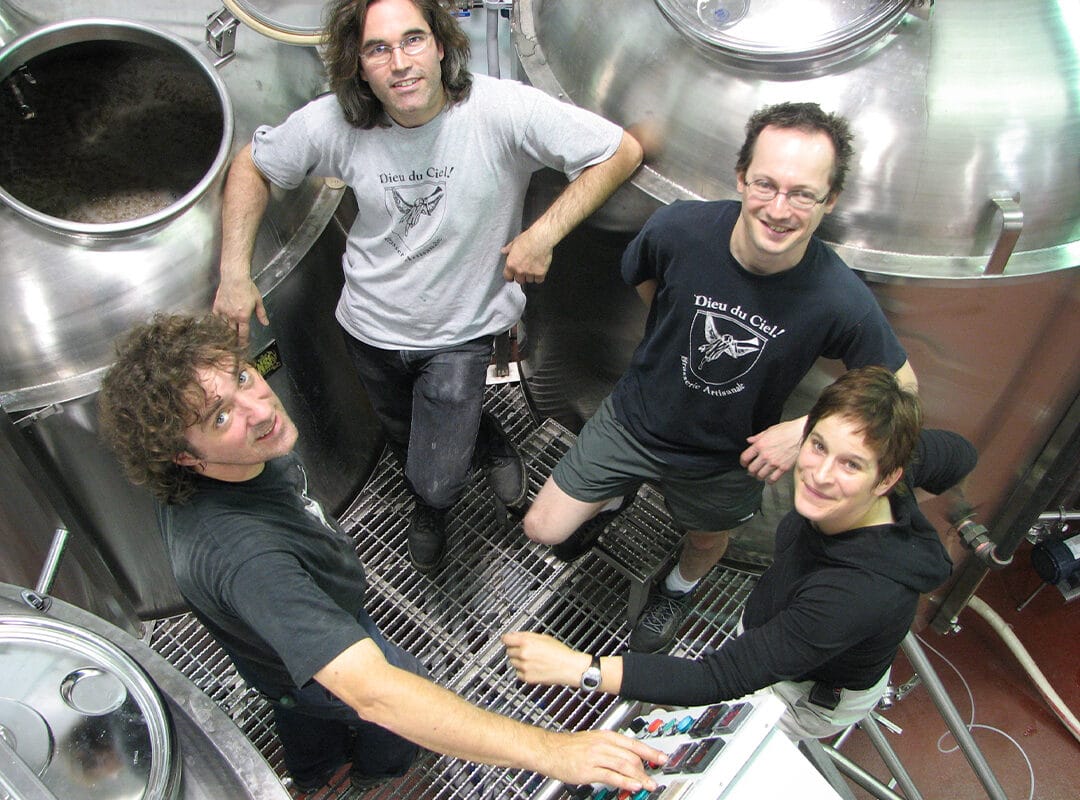 After the start of the new millenium, change is in the air. The brewpub is operating at full speed and the reputation for its beers grows ever greater. Demand far surpasses the 800 hectolitre annual capacity of the brewery. Dieu du Ciel! decides to launch a second brewery in order to bottle and distribute its beers. It is during this time that Luc Boivin - an electro-mechanic and talented home brewer - and Isabelle Charbonneau - a sales, management and marketing specialist - join the team and together with Jean-Francois and Stephane found a new company: Microbrasserie Dieu Du Ciel Inc, where beer will be produced and bottled for distribution. 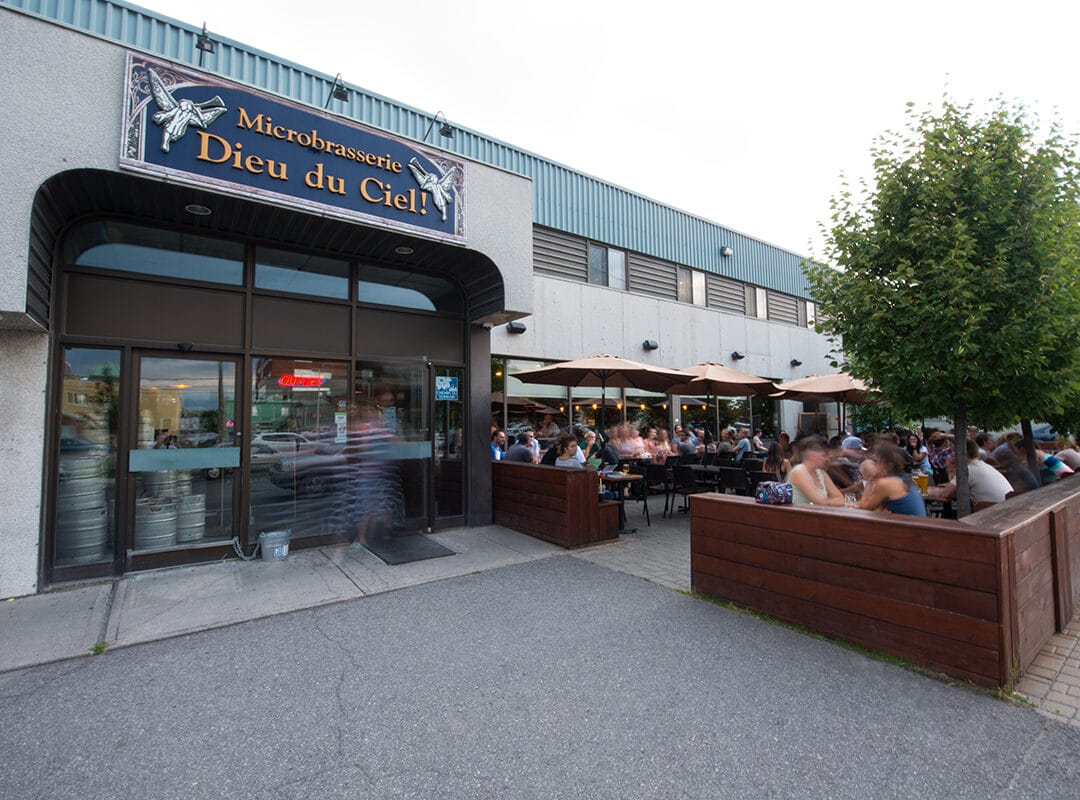 A microbrewery in Saint-Jerome

The building located at 259 de Villemure in Saint-Jerome is discovered. An old grocery store located in the heart of Saint-Jerome’s downtown area seems an ideal choice. Renovations begin in December of 2006. The brewery is built first, in order to begin production as soon as possible. In August 2007 construction begins on a pub in the same building, with the first beers served to customers in January 2008.

In 2010, Luc Boivin decides to leave the company and found Microbrasserie des Beaux Prés in Saint-Anne-de-Beaupré. 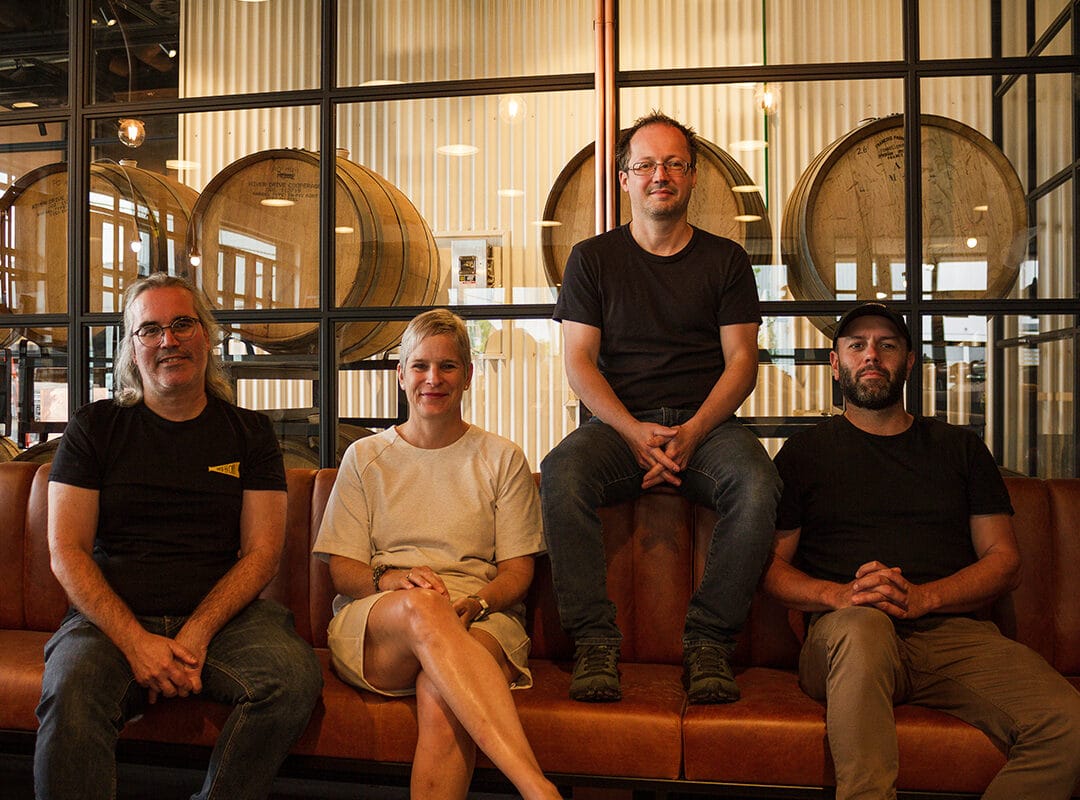 In 2017, Etienne Tremblay - employee for over ten years and directer general at the time - becomes the fourth shareholder. Today the team consists of the two original founders Jean-Francois Gravel and Stephane Ostiguy, along with Isabelle Charbonneau and Etienne Tremblay. 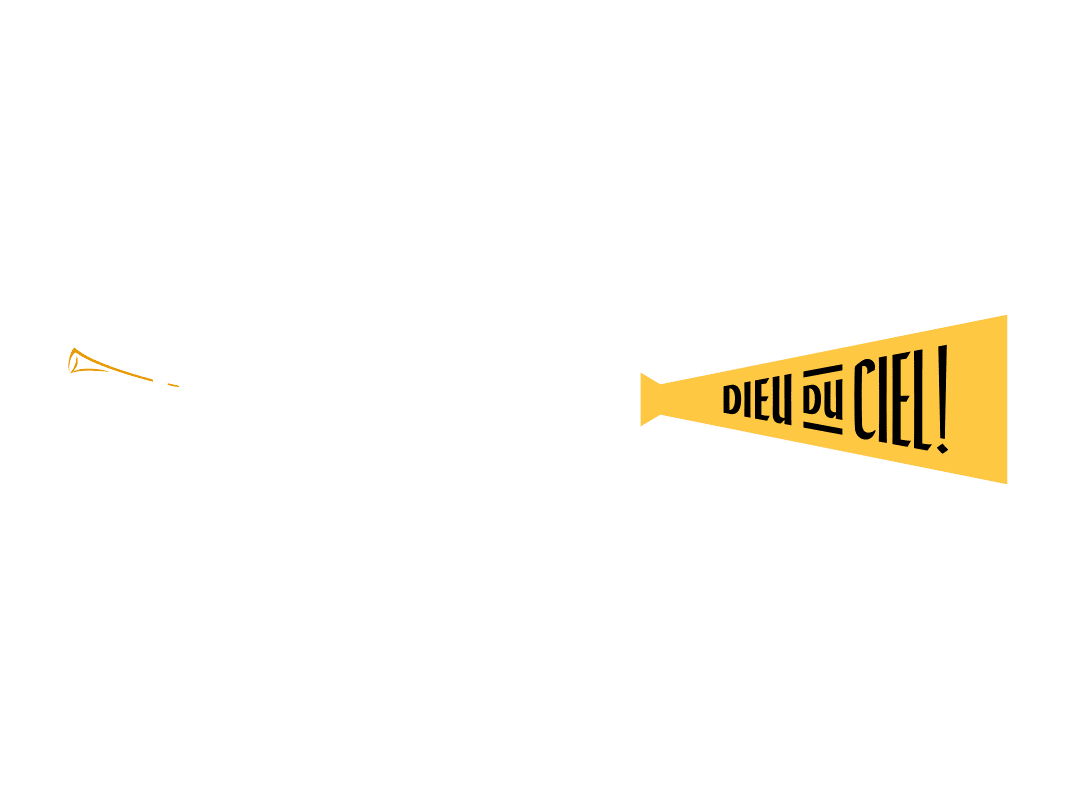 Brand image overhaul and the arrival of cans

In 2018, the beer industry in Quebec is bubbling with activity. Microbreweries are increasingly common and new products are flooding the shelves. Competition is stiff and the market begins to saturate. The bottle container no longer serves the demands of the market, which for various reasons increasingly favours cans.

Dieu Du Ciel! feels it is necessary to refresh and renew its brand image, while also making the choice to start offering its products in cans. The new brand image is launched in November 2020, after two years of research and hard work.

More information about our brand image 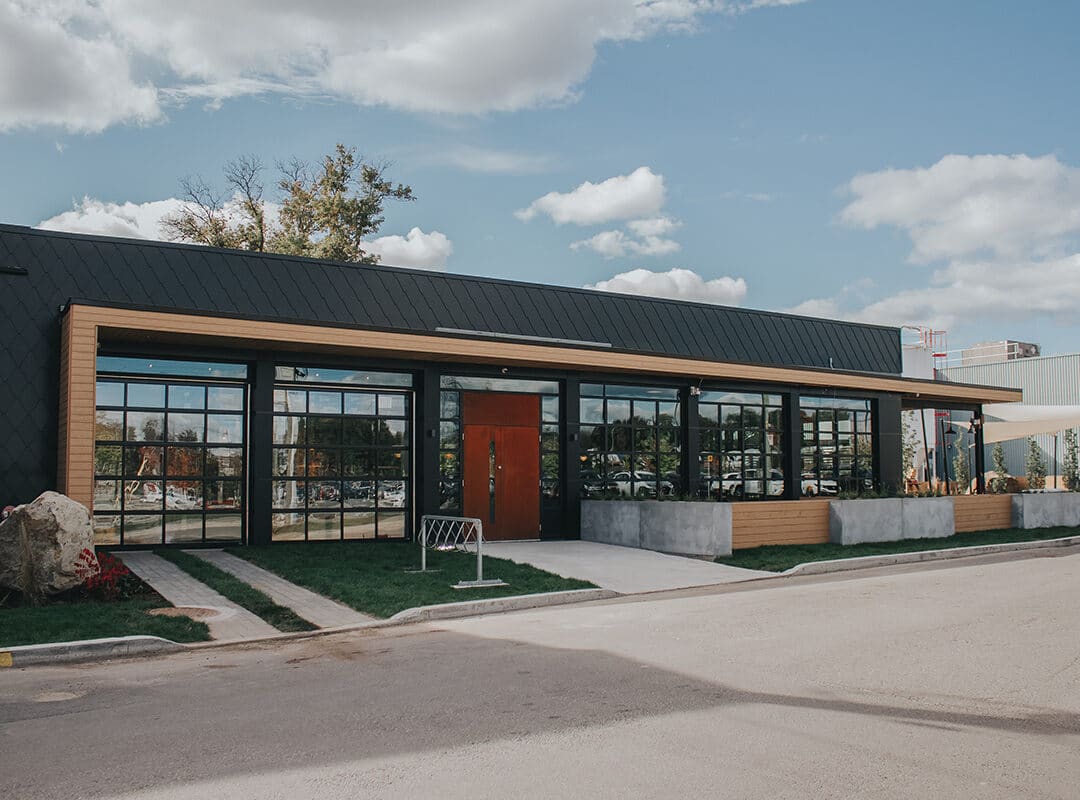 At Dieu Du Ciel, we don’t take half measures. in 2019, Microbrasserie Dieu Du Ciel! acquires the building located at 248 rue Godmer in Saint-Jerome. Initially, two ideas are considered: moving and expanding the cellar, or relocating the pub. The second idea is chosen in the end, largely because of the property which will allow for a vast garden terrace.

In September 2021, after many months of renovations and a few set-backs, the new Saint-Jerome pub finally opens its doors!

The microbrewery at 259 de Villemure will continue to operate and the development of a tourist attraction with brewery visits is currently being developed.